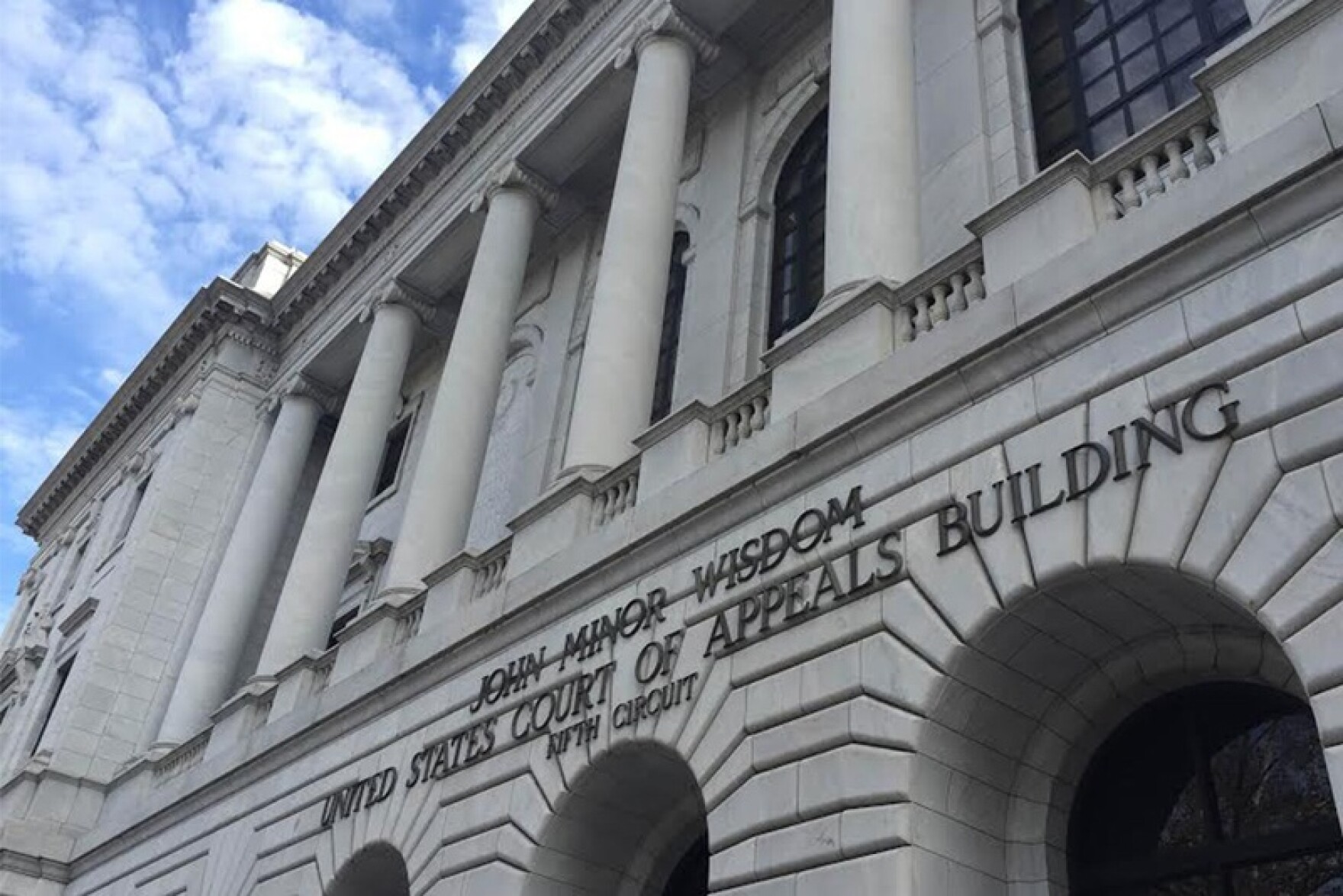 A 5th Circuit Court of Appeals decision that dealt a setback to bail reform in Dallas County could have an impact throughout Texas and two other states. And there’s even a chance the case could end up before the U.S. Supreme Court.
“It’s going to spell the future of bail cases in Texas, Mississippi, and [Louisiana],” said law professor Fred Smith of Emory University. “Also … if it creates a circuit split, it may be the case that goes to the Supreme Court.”

The 5th Circuit hears appeals from federal courts in those three states.

Daves v. Dallas County dates back to 2018, when a group of indigent defendants and activist groups sued Dallas County over a bail schedule they said violated the constitution by discriminating against poor arrestees.

A federal district court sided with the people bringing the lawsuit and told the county it had to change how it set bail. Friday’s 5th Circuit opinion, however, set aside that order.

Perhaps more consequential for the broader future of civil rights lawsuits in bail is the majority telling the lower court to do a full examination of whether the federal court system should refrain completely from weighing in on this case, what is described as a “Younger Abstention.”

“The decision to send it back and say, ‘tell us about abstention,’ is in essence a decision to say, ‘go back and resolve this issue, because if it’s an abstention case, it’s a non-starter,’” said Pam Metzger, director of the Deason Criminal Justice Reform Center at SMU.

A guiding doctrine?
The abstention idea stems from a 1971 case, Younger v. Harris. The subsequent doctrine creates guidance for when federal courts can get involved with legal issues in the states.

Metzger said generally, procedural safeguards in pretrial situations have not fallen under the Younger doctrine because, among other reasons, the Supreme Court has pointed to the difficulties raising constitutional, systemic wrongs in a criminal legal defense.

The nine 5th Circuit judges who signed on to the majority opinion in Daves v. Dallas County ordered a full examination of whether a federal court can get involved. Three other judges concurred only with the Younger portion, and four judges dissented, saying Younger clearly didn’t apply.

Notably, a three-judge panel of the 5th Circuit ruled in 2018 that another Texas bail reform case, O’Donnell v. Harris County, didn’t meet the guidelines for abstention. But the majority in Daves said that panel’s decision didn’t bind the full circuit.

Smith has written about Younger abstentions in cases where constitutional rights are at stake. He said he found it “unusual” the 5th Circuit would overrule a recent panel decision on the issue. And both the majority and dissent noted the parties in Daves didn’t talk about Younger in briefs submitted to the en banc court. That alone, the dissent said, means the issue should be dropped.

Potential ‘circuit split’
One of the dissenters, Judge Catharina Haynes, panned the majority’s call for a look at abstention.

“The majority opinion’s Younger holding also breaks with the First, Third, Ninth, Eleventh, and D.C. Circuits, all of which have correctly held that abstention is inappropriate in the pretrial detention context,” she wrote.

And, if the 5th Circuit eventually hears the case again and rules a Younger abstention is warranted in the case, that would create a “circuit split” – meaning two or more conflicting rulings on the same matter. Those kinds of cases are what the U.S. Supreme Court is looking to take up.

“When a judge says there’s a split … that means there probably is,” Smith said. “The Supreme Court will look at that really carefully.”

Back in Dallas County…
There have been some changes to Dallas County’s bail system since the lawsuit was originally filed in 2018, even if the case remains unresolved.

Still, there is a concern among proponents of criminal justice reform that a grant of a Younger abstention in this and other bail cases will narrow what federal courts can do to correct systemic wrongs in pre-trial detention.

Neither Smith nor Metzger were convinced the Daves decision spells doom for bail reform in Texas. Yet Metzger said the majority opinion works hard to slow down systemic corrections to wealth-based discrimination in cash bail.

Members of the legal team that brought both Daves v. Dallas County and ODonnell v. Harris County said they were still reviewing the latest decision and could not comment on what it means.

Dallas County District Attorney John Creuzot, who was first elected in 2018, isn’t a party to the case but is an advocate for bail reform. He had no comment on the ruling, but said his office’s current policy is “successfully keeping low-level offenders out of jail and provides for judicial review of bond amounts and conditions upon request of any defendant.”

The state attorney general’s office, who represented most of Dallas County’s state district judges in the decision, did not respond to a request for comment.

The meant of this blog is just to educate people about bail bonds services, latest crime happeing and how anyone secure him/herself